Mention the word AGA to most people, and they’ll instantly know that you’re talking about traditional range cookers, stoves and fireplaces. It’s a brand name which has become synonymous with traditional cooking and heating and has found its way into popular songs, novels and TV programmes. But, if you’d like a deeper understanding of this iconic brand, then read Direct Stoves’ brand spotlight on AGA now.

The beginning of AGA

The AGA story begins in 1922 with Dr Gustaf Dalén, a Swedish physicist, Nobel Laureate, engineer, and as we’ll see, inventor.

Whilst convalescing at home following an accident in which he was blinded, Dalén, who had been working as Managing Direct for AGA since 1909, noticed that his wife was cooking on a range which was not only dirty and inefficient, but also dangerous.

He was determined to create a superior range.

And, that’s just what he did.

It was an immediate success and found its way to Britain in 1929.

Other products soon followed, most notably, a series of wood burning stoves which became incredibly popular in homes across Britain.

From its introduction in the late-1920s, the AGA cooker enjoyed enormous success. As the years tumbled by, AGA adapted and changed its range cookers to keep with changing tastes and fashions.

The mid-1950s saw the introduction of different colourways, with the then new AGA De Luxe models being available in pale blue, pale green, grey and white (as well as the cream which had been available since 1929).

By the 1960s, solid fuels such as wood and coal were falling out of favour, as homeowners preferred more convenient and cleaner-burning alternatives. So, AGA soon launched oil and gas-fired options. The 1980s saw the arrival of a completely electric version.

AGA hasn’t rested on its laurels; something the brand’s current range of cookers and stoves makes clear.

This is driven by AGA’s thoughtful design ethos.

To quote them, “it is our aim to make life good through thoughtful design. We create and curate products that offer tangible solutions to help people live their best lives. Put simply, everything we make is designed to make things easier, more efficient and better all round.”

Who could disagree with that?! 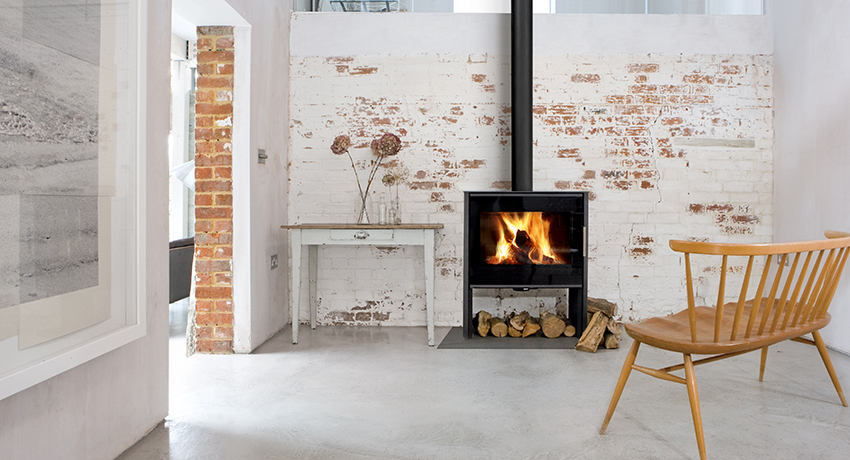 As we mentioned during the introduction of this article, AGA has gained quite the cultural cache since its arrival in Britain.

The popularity of AGA cookers and stoves has certainly been spurred by their adoption by celebrities, chefs and other cultural movers and shakers which have lent a certain ‘cred’ to the brand.

In fact, the popularity of AGA cookers in certain parts of British society led to an entirely new literary genre known as the ‘AGA Saga’ in the 1990s…

Some of the more well known AGA owners include:

With such a cast list of owners, no wonder AGA cookers and stoves remain a particularly sought after home addition.

With such a huge focus on their range cookers, it could be easy to overlook AGA’s range of stoves.

But you really shouldn’t.

AGA has harnessed their nearly century of range building experience to craft a series of freestanding stoves that combine AGA’s engineering experience with their knack for rustic, traditional design.

The range covers both contemporary and traditional designs, manufactured from either steel or cast iron. 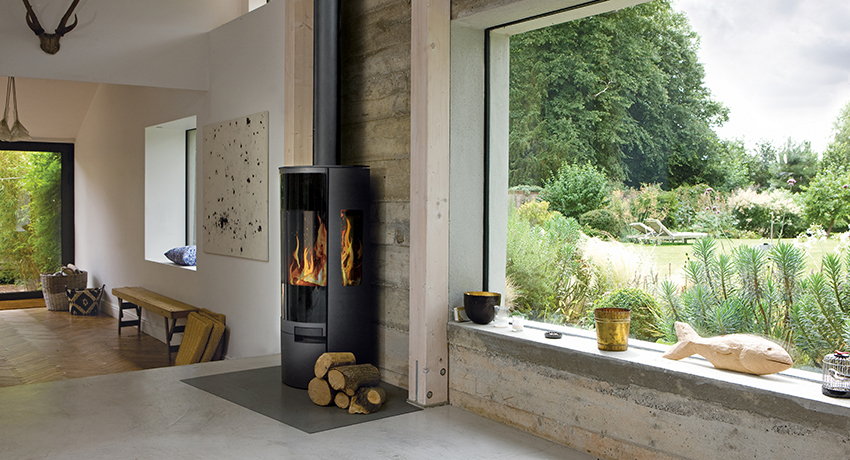 AGA’s steel stoves are designed to embody a contemporary aesthetic, and are available in a variety of sizes. They all have excellent efficiency ratings and are DEFRA approved, meaning they can be used in smoke control areas. You can also rest assured that they provide a clean burn with minimal particulate matter emitted.

The best AGA stoves for heating your home

If you’re considering buying a wood burning stove for your home, then an AGA freestanding stove is one of the best purchases you can make.

As you’ll see below, AGA’s range of stoves is incredibly varied, covering everything from small compact wood burners through to large pedestal stoves that’ll make an excellent focal point in your home.

So, let’s take a look at the best AGA stoves for heating your home. 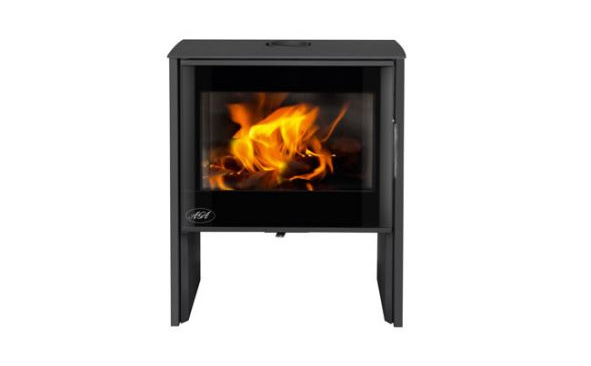 With strong lines and a large flame picture, the AGA Hanwood is a medium-sized stove that features a built-in log store, and comes with a five-year parts and one-year labour warranty. 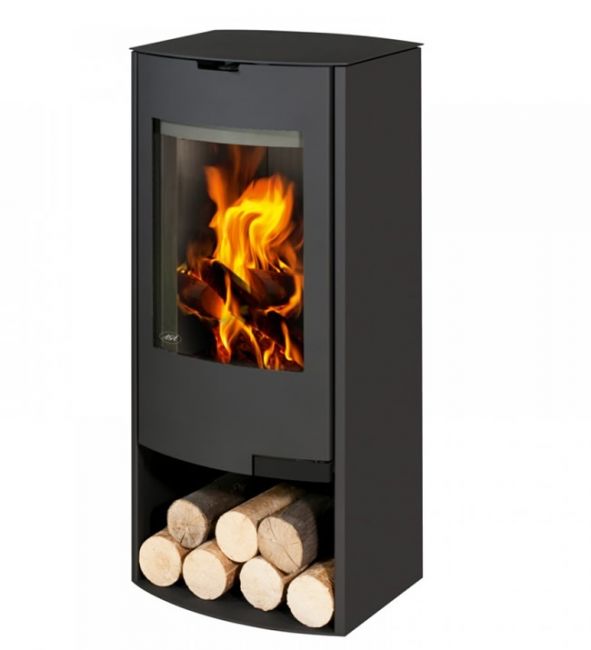 Featuring an elegantly simplistic design, with a Nordic inspired aesthetic, the AGA Hadley has an 8kW heat output, which will keep your living space warm and dry on even the coldest of days.

The Hadley’s large panoramic window will allow you to enjoy the licking and flickering of the flames, whilst a secondary air intake ensures that the glass remains clear. It’s also DEFRA approved meaning it’ll be safe to use in Smoke Control areas. Plus, with a 75.7% efficiency rating, it’ll make the most of your firewood. 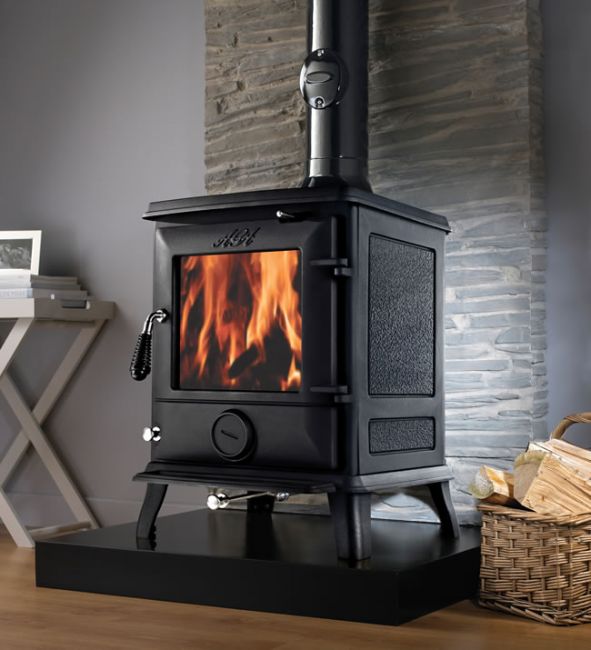 For those looking for an archetypal stove, then the AGA Ludlow is it. Ask the average person to think of a wood burner and this is what they’ll likely think of.

This mid-sized stove has a heat output of 6.5kW when used with wood and an impressive efficiency rating of 76.2%. As you’d expect, the Ludlow is packed full of great features such as an active airwash system and state of the art burn technology which ensures it is environmentally friendly.

The Ludlow has also been designed to be easy to use, can be left to safely burn overnight and has features that make it easy to clean such as a removable shaker grate, ash pan, fire fence and ash tray. 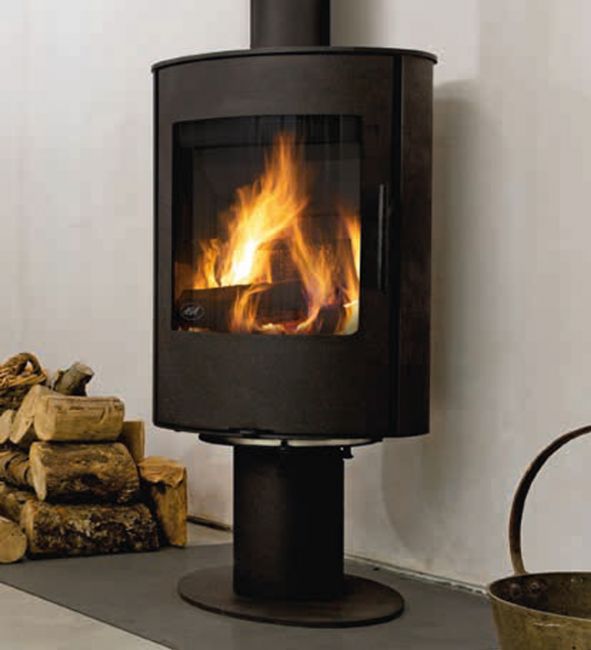 Looking for a real centrepiece for your living room? Then, you’ve just found it in the AGA Lawley Pedestal stove.

Featuring a curved body with an oversized flame window, the AGA Lawley sits atop a solid, elegant pedestal and will provide a comfortable heat output of 4.4kW at a wallet-friendly 80.5% efficiency.

Thanks to its construction, the AGA Lawley is also DEFRA approved meaning it can be used in Smoke Control areas. Plus, it has an incredibly clean burn, making it an eco-friendly choice too!

The Lawley has also been designed to be easy to use, can be left to safely burn overnight and has a cool touch handle, making it safe to operate. 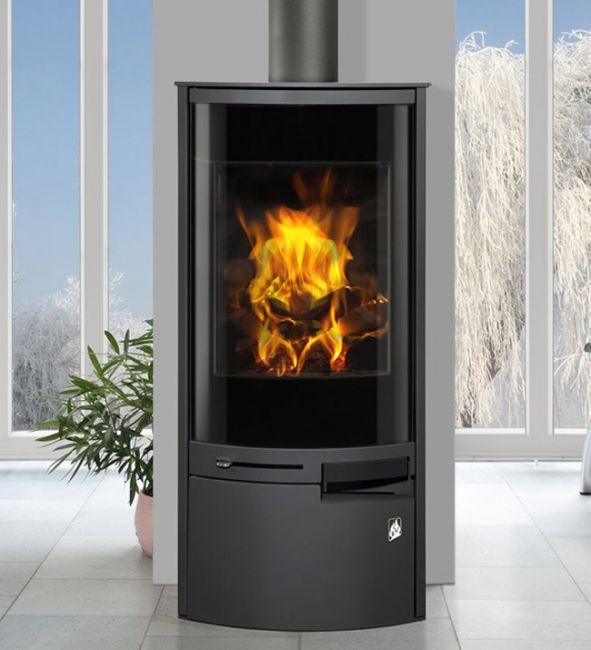 Another ‘statement’ stove, the AGA Westbury is an impressively tall, 6kW output wood burner that features a huge glass door. When it’s in operation, there’s no way you’ll not notice this stove.

As with many other AGA stoves, the Westbury is DEFRA approved meaning it can be safely used in Smoke Control areas and other built up areas without disturbing your neighbours.

As you’ve just read, there’s a whole lot more to AGA than their famous range cookers. Their range of stoves are equally as sophisticated and stylish – which is precisely why we stock them here at Direct Stoves.

If you’re in the market for a wood burner this winter, then why not choose an AGA stove?